Zurbarán Abogados is honored to have received numerous recognitions from prestigious international directories, such as Chambers & Partners, Legal 500, and Iberian Lawyers.

Chambers and Partners is a British rating and research company responsible for publishing international lists and guides for the legal industry.

It is recognized as an authority on worldwide legal rankings, and appearing on its list means being ranked as one of the most prestigious in the legal industry.

Chambers & Partners highlights Zurbarán Abogados as one of the best corporate, M&A, and Dispute Resolution firms.Also, it has also recognized the work of our partners and lawyers, in particular, our managing partner, Ricardo Astorga.

The Legal 500 is a UK-based ranking and research company that evaluates law firms and lawyers from around the world for its publications, which include prestigious annual rankings and guides.

The rankings in The Legal 500 are based on merit and use publicly available information and data the law firms provide. These lists are published on the company’s website.

You can check our appearance on this list at the following link:
Zurbarán Abogados > Madrid > Spain | The Legal 500 law firm profiles

Iberian Lawyer is a digital magazine dedicated to the legal markets of Spain and Portugal, focusing on business and in-house law. It offers comprehensive coverage that includes information on major players, the most important deals, rankings, and relevant law firm news.

The Iberian Lawyer’s website can be found at the following web address: https://iberianlawyer.com/

Iberian Lawyer recognitions and awards include: 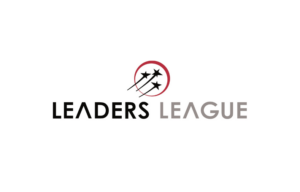 Leaders League is an international ratings and media agency for senior executives. It offers up-to-date news, in-depth analysis and business information in a variety of formats, including rankings of the best firms by country and category.

The recognitions of Zurbarán Abogados in the Leaders League can be consulted at the address:https://www.leadersleague.com/en/company/zurbaran-abogados/

Among other recognitions, our firm frequently appears in the rankings of the best law firms in prestigious media such as the daily economic newspaper Expansión y Cinco Días, as well as in the general press in media such as ABC, Diario de Sevilla, among others.